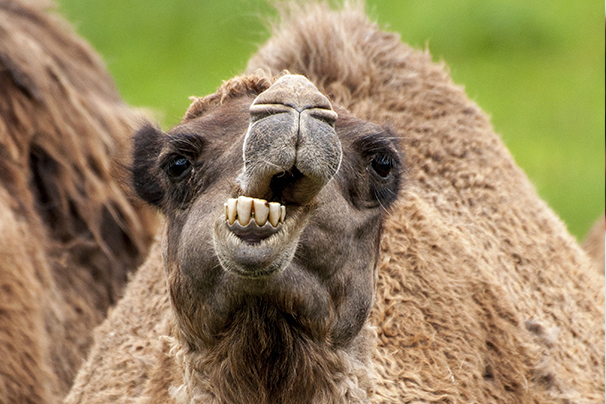 Blogging with Pepi : 5 FACTS THAT YOU PROBABLY DIDN’T KNOW…. I DIDN’T!

1. Just like us, giraffes have 32 teeth! Most of them are positioned at the back of their mouths. A giraffe doesn’t even have any upper front teeth! But as it happens they don’t need them, anyway….With the help of their big lips and long tongue they can eat all the twigs they want!

2. Ancient rumour has it that if you have a sore tooth it is guaranteed to go away if you cut your fingernails on a Friday! At least you won’t have to go to the dentist….

3. Myth from 13th century Scandinavia claims that when a child would lose a tooth, the parent would give the child money. The tooth was then turned into a talisman and would be worn for good luck in battle!

4. Have crowded teeth? No need to worry! In Japan this is considered to be attractive, especially on women. The more crowded, the better! In Medieval Japan not only were crowded teeth considered beautiful, if they were stained that was a bonus. Some women would deliberately use ink on their teeth to give them more appeal….

5.If you want to get a job in Antarctica, be sure to remove your appendix and your wisdom teeth before applying.

Stay tuned for next month’s blog!